Plant cells have three types of DNA-containing organelles. The communication between the nucleus and the other two DNA-containing organelles is mediated by anterograde signalling and retrograde signaling. The translocation of proteins from organelles to the nucleus is the simplest and most direct way of retrograde communication. That’s why it is not surprising that several DNA-binding proteins in plastids have a second localisation in the nucleus.

One such protein is WHIRLY1 (WHY1) that belongs to a small family of single-stranded DNA-binding proteins with functions in the nucleus. Immunoblot analyses show that the barley WHY1 (HvWHY1) is located in the plastids as well as in the nuclei and that the protein has the same molecular mass in both plastids and in nuclei.

Most plant species have two members of WHIRLY proteins, WHIRLY1 and WHIRLY2. These proteins form tetramers and share a highly conserved domain – the WHIRLY domain. We want to investigate the functions this domain and of other motives present in WHIRLY1 and WHIRLY2 proteins.

Research using RNAi-WHY1 plants has shown that a high abundance of WHIRLY1 is required for an efficient response of plants to the environmental stimuli including light and nutrient availability. Because of a possible activity of the remaining small amount of WHIRLY1 in the RNAi-WHY1 plants it is almost impossible to decipher the specific role of WHIRLY1 in stress-associated gene expression using these lines. Therefore, Hvwhy1 knockout mutants were generated by CRISPR RNA/Cas9 endonuclease technology. The mutants show a severe retardation of chloroplast development indicating that the plants have a reduced responsiveness to light.

Despite the extreme delay in chloroplast development, all foliage leaves of the Hvwhy1 mutants become eventually green, beginning with the oldest cells at the tip of the leaves. Greenness of the leaves correlated with age. Immunoblot analyses revealed the WHIRLY2 protein accumulated with increasing greenness of the mutant leaves suggesting that WHIRLY2 is contained in chloroplasts.

One of the questions we aim to answer is whether WHIRLY2 can compensate for the lack of WHIRLY1. We also want to investigate the functions of several domains and motives of WHIRLY2 and WHIRLY1 proteins. For this, the Hvwhy1mutant has been complemented with HvWHIRLY1 sequences that have various mutations in different domains and motives of interest. Also, we designed guide RNA target sequences to knock out the WHIRLY2 gene in Hordeum vulgare ‘Golden Promise’ using the CRISPR/Cas9 editing system and generate a line of Hvwhy2 mutants which later will be used for specific complementations and characterizations. 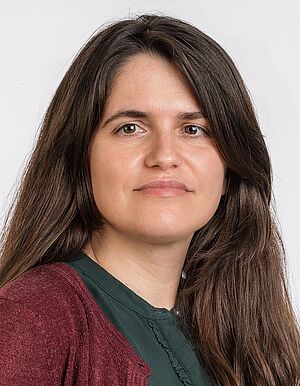