1) Evolutionary characterization of the miR482 / R interaction in Solanaceae

Matching the rapid evolution and continual adaptation of pathogens is an ongoing challenge for every species. The process of co-evolution between host plants and their pathogens has left an imprint on the genomes of both species (e.g. expanded repertoires of resistance (R)-gene and effectors). These imprints on the side of the plant may be exploited to introduce resistance to certain pathogens in breeding programs of cultivated plants. I am studying the evolution and regulation of disease resistance in wild tomatoes - in particular, how the microRNA (miR482) family regulates R-genes. miR482 negatively regulates R-gene expression by specific degradation of the R-gene transcripts in pathogen-unchallenged circumstances. In the case of a pathogen-challenge, this negative regulation is repressed.

In our studies, we aim to investigate what role miR482 regulation and the co-evolution with their targets has played in the rapid evolutionary responses of hosts to pathogens. To gain an overview of targeting, we mapped the predicted targeting of the miR482 family members onto a phylogenetic tree of the R-genes from a diverse set of wild tomatoes, the cultivated tomato and potato. This allows us to directly connect sequence evolution – in both the miR genes and the R-genes – to gains and losses in targeting. In upcoming in planta degradome studies, we will verify or refute these inferred evolutionary changes in targeting. To investigate the influence of species-specific gains and losses in targeting relationships, we will use transient expressions to take advantage of the fact that even a single nucleotide change can cause an alteration in the R-gene / miR gene interactions.

2) Biocontrol of Phytophtera infestans by endophytes

The oomycete Phytophthora infestans (P. infestans) causes dramatic losses to tomato, potato and other Solanaceae yields annually. So far the plant pathogen frequently overcomes resistance genes and agrochemicals. As a natural source of resistance to this devastating pathogen, biocontrol mediated by endophytes could play a major role in future agriculture. The endophytes can i) compete with the pathogen for resources or ii) produce bioactive anti-P. infestans metabolites. 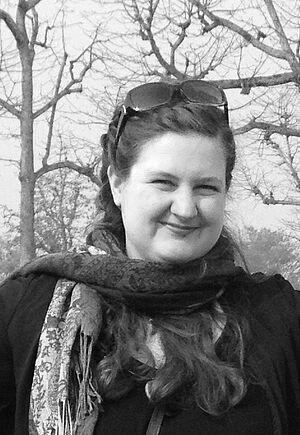