Smut fungi infect important crop plants and usually deposit teliospores at their host’s reproductive organs. The infection biology of basidiomycetes such as Ustilago maydis, Sporisorium reilianum, and Ustilago hordei has been analyzed intensively to a molecular level.

I am interested how fungal pathogens modulate the interaction with their host plants. To characterize the molecular interaction, I work in two smut fungi: The model fungus U. maydis and the Brassicaceae smut Thecaphora thlaspeos.

Calcium is an important second messenger that plays a role in other infectious fungi. In addition, calcium transients were measured in plant cells as part of the immune response to pathogens. I want to understand how calcium influences the early pathogenic development of the smut fungus U. maydis. For this purpose, I will characterize mutants of calcium-binding proteins and establish a calcium sensor in U. maydis.

Since the crop hosts are genetically complex, a smut infection of Arabidopsis could improve knowledge about plant-microbe interactions. I will modify T. thlaspeos genetically to get to an infection system in which both partners are modifiable easily. Ultimately, I want to investigate the interaction of the smut fungus T. thlaspeos with its host via small RNAs. 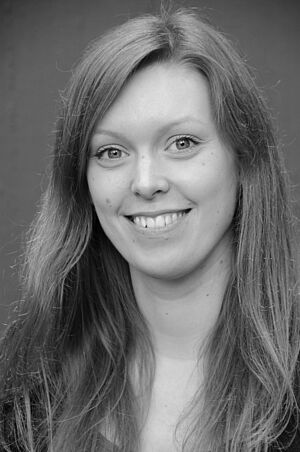